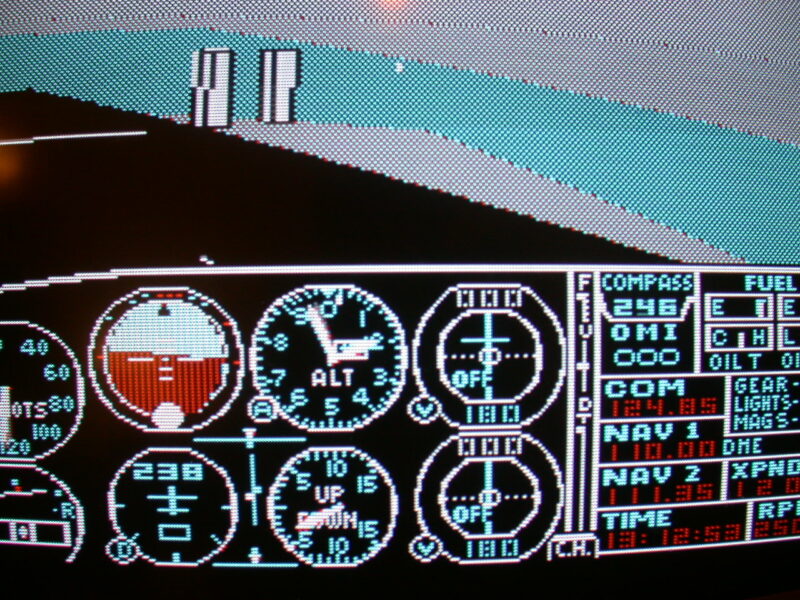 A screenshot of the cockpit of MS Flight Simulator, approaching the Twin Towers of the World Trade Center in New York. The graphics were of course quite poor – but the ‘plane’ and all the surroundings were at least moving in real time. So it really took time to fly the little Cessna from example from JFK Airport to Manhattan.

Back then the game designers could not add too much detail to the map – but at least the Twin Towers, the Brooklyn Bridge the Empire State Building and the Statue of Liberty were there to see and enjoy. And looking down you could see one white line resembling Broadway and another white line resembling Fith Avenue – and of course a large green rectangle that would resemble Central Park.

Being bored kids of the Eighties we would usually take off at JFK and fly some rounds above New York City. The usual Tour de New York would include a round around the Empire State Building, then flying down Broadway, trying to fly between the Twin Towers, taking a look at the Statue of Liberty and then back above the Hudson River, enjoying the view to the Brooklyn Bridge. Yay!