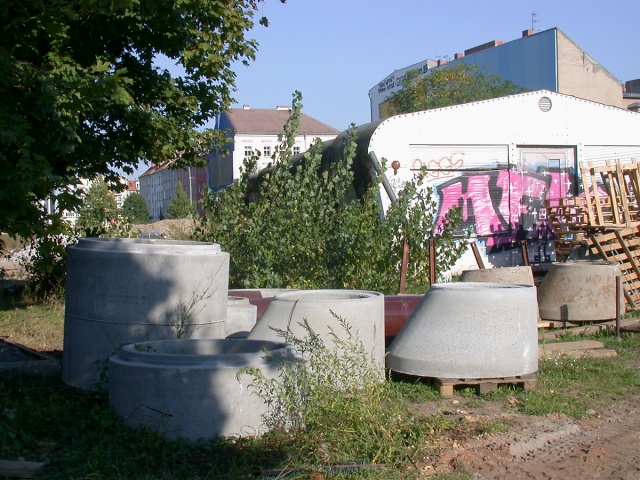 For a while, an architectural feature could also be admired on the construction site on Bernauer Strasse. Somewhat hidden behind building materials and Wall trees stood an old GDR concertina container – or also known as the Raumerweiterungshalle REH.

In the GDR, the pull-out houses could be seen just about everywhere. Until 1989, about 3400 of these extendable concertina houses were produced. They were easy to transport and could be erected by 6-7 workers within a day. In the meantime, however, they have become very rare – only here and there can one sometimes still marvel at an example.