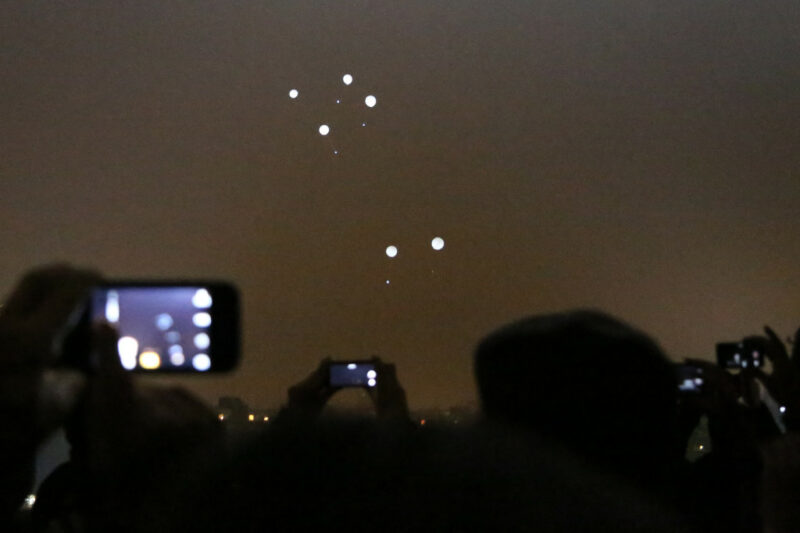 The Berlin Wall came down this day 25 years ago – on 9 November 2014 around 7 p.m. – so we made our way to Mauerpark to see the ‘dissolution’ of the light border. Apart from us, it felt like 100,000 Berliners and tourists – neighbours and guests – had made their way to Mauerpark. It was correspondingly crowded.

The actual event, the ascension of the balloons, was rather unspectacular – spectacularly unspectacular. One balloon after the other was released from its base and rose into the foggy Berlin November sky to the murmurs of the spectators.

During the past three days I took several hundred photos of the ‘light border’ – by day and by night, mainly in Mauerpark and at Bernauer StTrasse, but also a few pictures in Kreuzberg. In the coming days/weeks I will finish the pictures and upload them into a separate album… But I ask for a little patience, as I have seen enough balloons for now.