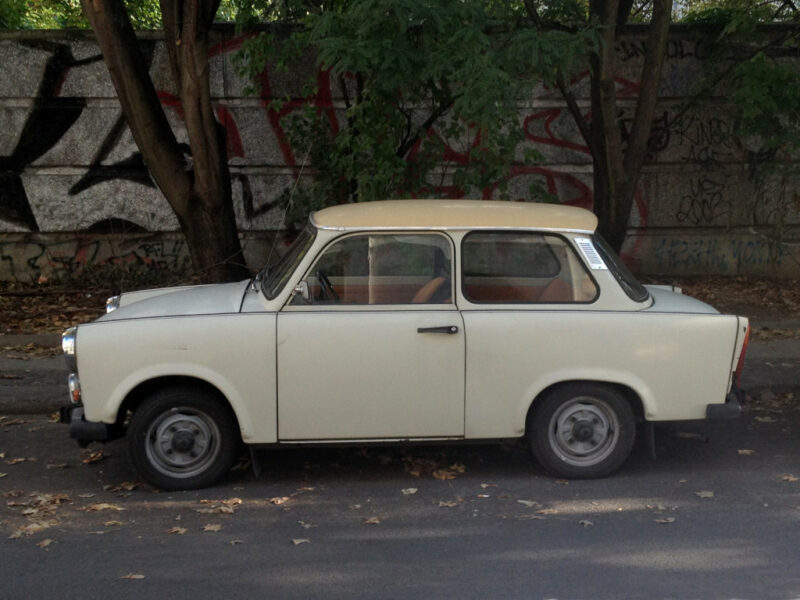 Another photo of another car – and once again a GDR design classic and a good old acquaintance: the legendary Trabant 601s – also known as The Trabbi – in classic Trabbi gray. Seen in Berlin Mitte in front of a Berlin wall.

Now this country has been reunited for over 25 years. The Trabbi stands for the German-German reunification like no other car. Many GDR citizens first used the Trabbi to travel to Hungary and then on to the West. And it was with the Trabbi that the first trips to the West were made after the fall of the Wall.

In total, just over 3 million Trabbis were manufactured in Zwickau. Most of them have since been decommissioned, scrapped, forgotten. As far as I know, the last Trabant 601 was produced after 1990. So this one should be at least 25 years old.