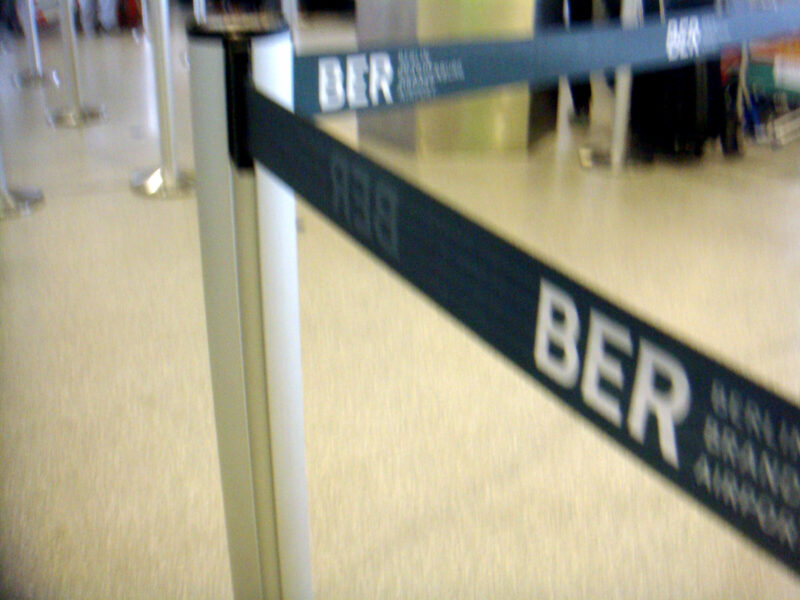 August 2013 – the new BER airport is still a long way from being finished, but things and objects are already appearing here and there that at least remind us that the new airport will probably exist at some point. Here, for example, a barrier tape is being used at Tegel TXL Airport that was apparently originally intended for use at BER Airport.