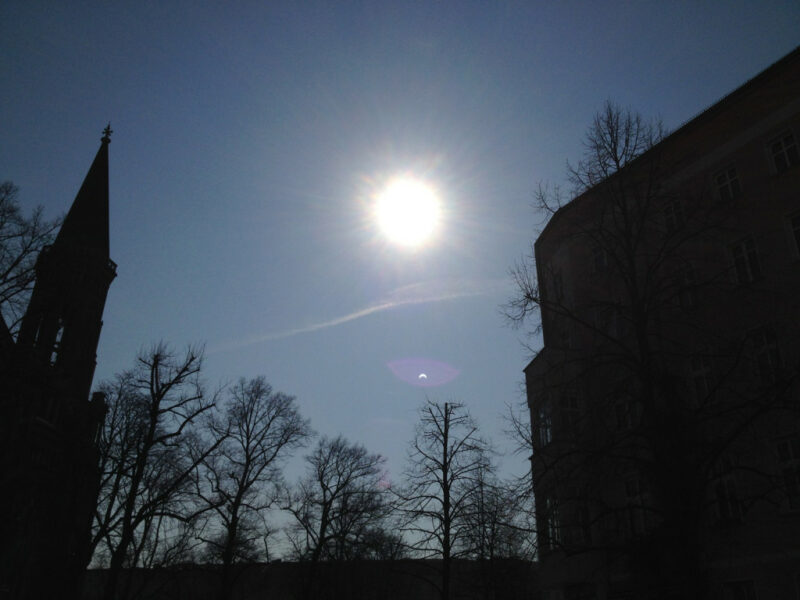 View of the solar eclipse SoFi 2015 at Zionskirchplatz, Berlin Prenzlauer Berg. The sun was of course also despite eclipse so bright that on an ordinary photo hardly something of the spectacle is to be seen – everything faded over. But with closer view one can recognize at least in the light reflections the sun with advanced moon – however turned by 180° – or mirrored. Here a detail enlargement from the first picture: 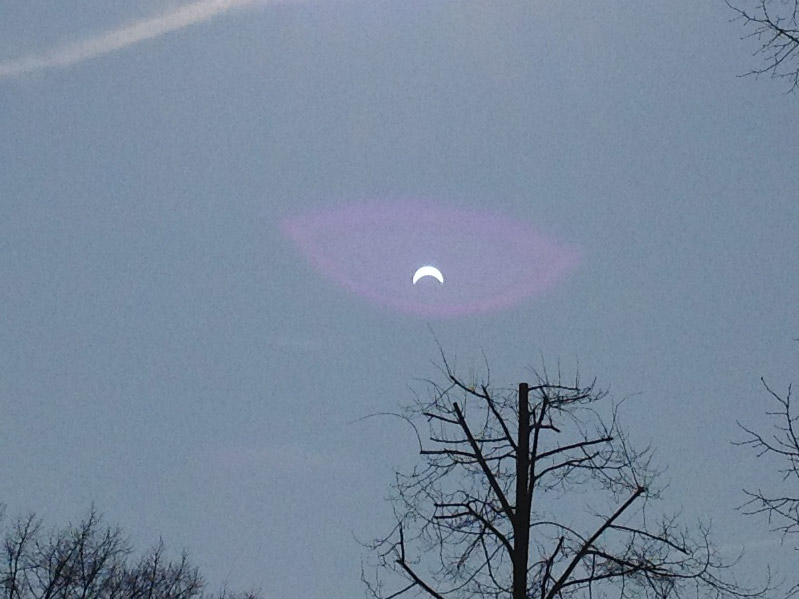 I had three different cameras and special glasses in use on that day. My Canon did not produce a single usable picture – for the use of a reflex camera I would have had to have also the appropriate filter as well as a tripod. A SONY compact camera delivered at least pictures, on which the sun and the houses were to be recognized – but the actual solar eclipse was not to be recognized on the pictures. Surprisingly, the camera of the iPhone 4s produced the most useful results – even if only via the detour of the light reflections. But still: evidence.